TEDx is a huge world-wide community, with almost 4000 events happening in 170 countries each year. 2019 marks the 10-year anniversary of the TEDx program, and the community decided to celebrate: Organizers around the world hosted five weekend-long experiences across different continents — in Johannesburg, Mexico City, Rome, Taipei, and Tunis. Each local team designed a unique weekend-long celebration – for TEDxers only! –  that featured city adventures, regional workshops, social engagements, and more! The TEDxTUM team took part in TEDxWeekendRoma in October 2019 – and came back with a strong sense of the global community and a head full of new ideas for our future events. Here’s a short summary of what we experienced.

Over 200 TEDx organizers from all around the world took part in TEDxWeekendRoma, which was a 3-day event in October 2019 organized by the team of TEDxRoma as well as other Italian organizers who helped out. In addition to general socializing and networking between TEDx’ers, the program included one full and a half-day of talks contributed by organizers in charge of events of different scale and types from all over the world.

The most inspiring impulses we received from the content included a case study by TEDxLondon on measuring impact of their content on attendees’ perspective toward key topics of their event, a crazy idea of TEDxVerona to organize a dinner on stage on the night before their event for sponsors and a couple of select audience members, and a paper plane competition as audience activity at TEDxBratislava. Some of our team also pitched in by sharing our take on video making, playfulness, and humor. 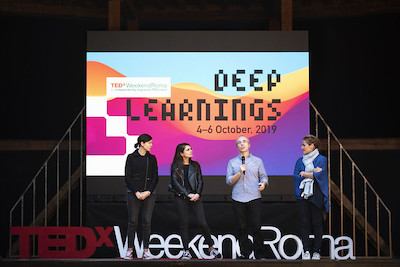 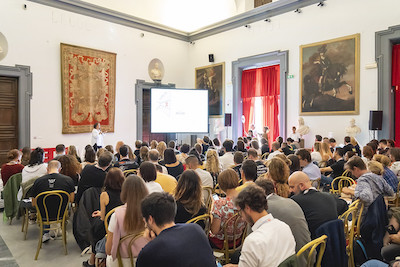 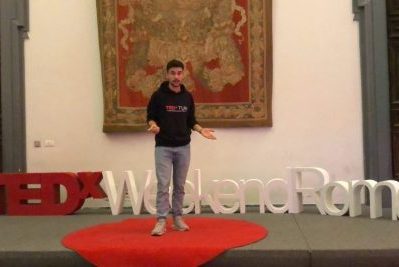 As with any TEDx event, a large part of the value comes not from the content itself, but from the interaction of the audience with each other. There is so much to learn from other organizers! The TEDxRoma team put on a large variety of social activities during the weekend, including a guided tour of Rome, a picknick in the park and a treasure hunt where we competed against each other in teams finding secret spots and solving riddles. The program was complemented by dinners and drinks in the most stunning places, such as right next to the Foro Traiano, overlooking Roman ruins that are thousands of years old. The history of the place gave our ideas a whole new magnitude. 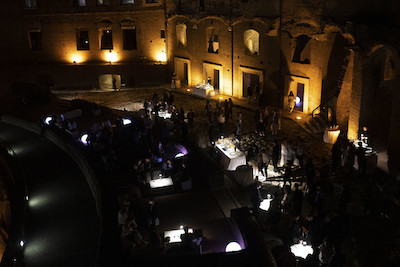 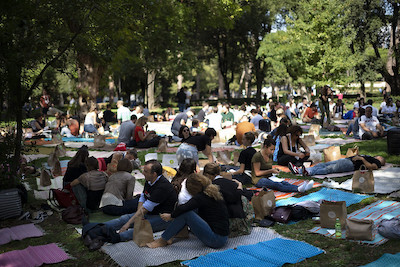 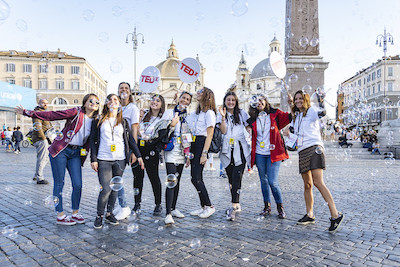 Whenever our team members visit international TEDx’er gatherings, they come back buzzing with new ideas and energized by the power of this community. In addition to being inspired by the input from other teams, we are also excited and proud to be recognized in the worldwide community: Fellow organizers see what we do, admire the level of detail and love we put into our events and appreciate the fact that we share our experiences back to the community. We hope to continue sharing our passion with these incredibly driven, interesting, international group of people.

Pictures courtesy of TEDxRoma (Flickr) and our own team members.